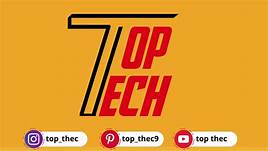 #1 A new Robot called Ameca is among the top debuts at the annual Consumer Electronics Show (CES) 2022, in Las Vegas. Its developers said the robot is “the perfect humanoid Robot platform for human-robot interaction.” YouTube/ Engineered Arts

Top Gadgets. A wireless Vest that connects people to the meta-verse, an AR Chair that allows Women to shop for makeup & eyeliner, + a human-like AI-powered Robot will be among the top gadgets unveiled at this week’s CES Conference in Las Vegas.

2,200+ Exhibitions will be shown at the much-anticipated three-day event starting on Wednesday – even though in a scaled-down form amidst the Omicron spike.

Shortened Show. CES, which historically has been Las Vegas’ largest annual trade show, was initially scheduled to run for four days, but the spread of the Omicron variant prompted organizers to cancel Saturday’s schedule as a precaution after a number of big-name exhibitors dropped out.

Virtual. It will be the first in-person CES event since 2020. The conference, which normally draws more than 170,000 people and up to 4,000 exhibitors, will be scaled down this year due to the ongoing pandemic, according to organizers.

Optimism. But the grim news linked to the spread of Omicron failed to put a damper on the enthusiasm for the previews and media events that were scheduled to be held at the Las Vegas Convention Center on Monday & Tuesday.

Vision. If the product can deliver the goods, Vision EQXX would best other top electric vehicles on the market, including the Tesla Model S Long Range Plus, which lasts 402 miles from a single charge, and the Lucid Air, which can exceed 520 miles on a single charge. Mercedes-Benz is looking to compete in the luxury EV space currently occupied by the likes of Porsche Taycan, Audi E-tron GT & the Tesla Roadster.

NOTE: A metaverse is a web of 3D virtual worlds that is aimed at fostering greater social connection. It can be accessed through virtual augmented reality (VR &AR) headsets.

NOTE: New gadgets will also make use of augmented reality AI, which super-imposes a computer-generated image on a user’s view of the real world, to recreate a life-like shopping experience.

Comments: Have any other CES 2022 Day 1 Gadgets impressed you/