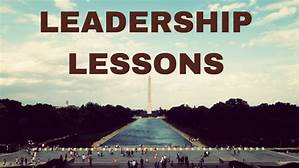 “For me it was never about money, but solving problems for the future of humanity.

“I think it’s very important to have a feedback loop, where you’re constantly thinking about what you’ve done and how you could be doing it better.

“You could either watch it happen or make it happen !!!

“You want to do things you’re passionate about, but also are useful to other people.

“What I’m trying to do is to maximize the probability of the future being better.

“Starting and growing a business is as much about the innovation, drive & determination of the people who do it – as it is about the product they sell.

“I would like to die on Mars. Just not on impact. LoL

“If you’re Co-founder or CEO, you may have to do all kinds of tasks you might not want to do. If you don’t do these Tasks, the company may now succeed, No task is too menial.” – Elon Musk “Just work like hell to get it done fast”. If other people are putting in 40 hour work weeks and you’re putting in 80 hour work weeks, even if you’re doing the same thing, you know that you will achieve in four months what it takes them a year to achieve.”- says Musk “One thing we all control is our own effort”. Musk realizes that his thoughts will only change the world – if implemented & executed. Just do it !!! He is known for his tenacious work ethic to see through his visions.

“You have to have a very compelling goal for the company. If you put yourself in the shoes of someone who’s talented at a world level, they have to believe that there’s potential for a great outcome, believe in the leader of the company, and that you’re the right guy to work with”. That can be a difficult thing, especially if you’re trying to attract people from other companies.” Musk purpose is simple. He is determined to revolutionize three industries. He has said that he didn’t start Space X because he thought building rocket ships were going to be great for his portfolio. Space X is his way of making his mark on the world. No matter what the goal, leaders must develop a Vision for where they would like to be and work until they reach their destination. In Elon’s case, that final place is Mars.

The problem is that, at a lot of big companies, the process becomes a substitute for thinking. You’re encouraged to behave like a little gear in a complex machine. Frankly, it allows you to keep people who aren’t that smart, who aren’t that creative. Musk believes that this process of big co’s prohibits the ability for innovation to take place. In many cases, continued formal education can be a negative, because it denies creativity. Without creativity, progress & innovation are impossible !!!

Talent is extremely important. It’s like a sports team, the team that has the best individual players will often win, but then there’s a multiplier from how those players work together and the strategy they use – that creates the biggest success. Musk understands that teamwork is a necessity for any team or business to succeed. It is integral to employ a team that operates in a cohesive & team-oriented fashion. This sense of pride in team success has to start with the leadership. Musk leads by Example; “doing” more than “telling, because “Action speaks louder than words”. Set an example that inspires your team to succeed as one.

Failure is an option here. If things are not failing, you are not innovating enough. At Space X, their first 3 launches failed. Musk took that as an opportunity to learn & innovate. If someone is confined to the walls of which process does not allow expansion – innovation is impossible. Musk enables and encourages employees to step out of the “traditional” way of thinking and to put all new ideas forth.

Without decisive action to lay the groundwork today, the massive volume of affordable, high-efficiency panels needed for unsubsidized Solar power to out-compete fossil fuel grid power simply will not be there when it is needed. Unless you commit to acting in the present, the change you want will never happen in the future. Musk finds out what he wants and then acts on his ideas. “Strategy + Action = good Rresults”.

Lesson #7: Be Comfortable with Change = Flexible

On being a CEO, “it’s eating glass and staring into the abyss”. You never know which challenges are going to arise. Successful leaders are able to adapt in any situation and continue pushing forward towards their team’s goals. Whatever comes their way, they understand how to enable their teams to leverage their strengths to find solutions to the problems.

I think you definitely don’t want to grow too fast. Make sure that every person you hire, you really need to hire that person. Don’t hire just for the sake of filling a position. Make sure you hire the “Right person at the right time. Effective leaders add people because they are going to help them succeed; not to fill a vacancy. Assessments like the Predictive Index Behavioural Assessment® and the PI Cognitive Assessment® can be leveraged to assess if a candidate has the appropriate behavioural drives & mental agility to succeed in the role.

“The number one issue for me is finding superlatively talented people. I think we’ve been fortunate to find some very, very talented people at SpaceX, but that is always the governor on growth.”- Elon Musk It is common knowledge that acquiring talent is one of the single most prevalent business challenges for leaders. What do you do to invest in your managers once you find the best people? The job isn’t done once you find and acquire top talent. The best leaders are self-aware. Gifted leaders understand the power of adjusting their behaviour leadership style to inspire their people.

If you’re trying to create a company, it’s like baking a cake. You have to have all the ingredients in the right proportion. Successful leaders set their people up for success. They do not try to force square pegs into round holes. If you want to get the most out of your team, put them in roles that are natural to their behavioural drives. If you try to turn your employees into something they are not, you will lose talent. If people are happy & energetic in their roles, they are going to want to their company to succeed.

Lesson #11. Have Passion for Your Work

You want to do projects that are inspiring, that make people excited about the future. Life’s got to be about more than solving problems. You have to get up in the morning and say, “Yes, I’m looking forward to exciting things happening today.”

In order to instill trust, belief, & the utmost confidence in our team, we must provide the highest level of conviction when we communicate our views. Musk expands on this during a Business Insider interview:

“Really believe in what you are doing, but not just from a blind faith stand-point. To have really thought about it and say okay, this is true, I’m convinced it’s true, and I’ve tried every angle to figure out if it’s un-true.

Musk famously said when he was younger, “There were five problems that he thought were most important to work on – the record, those were “the internet; sustainable energy; space exploration, in particular, the permanent extension of life beyond Earth; artificial intelligence; & re-programming the human genetic code”.

Interview: “You’re self-taught?!?!” Musk: “Yeah. Well self-taught meaning, I don’t have an Aerospace degree. So how did you go about acquiring the knowledge? I read a lot of books, and talked to a lot of people, and have a great team to answer any of my questions + a lot of them are self=learning too !!! 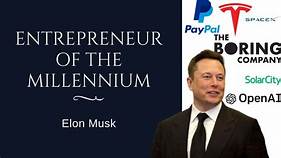 Elon Musk (South Africa,1971 ) is an Engineer & Entrepreneur who initially moved to Canadian – to make it easier to get into USA. Started creating companies at 12yo,was in biz during College & created Zip2 Biz Directory at 27. CEO or Co-founder of PayPal , Tesla Motors, SpaceX, Hyperloop, SolarCity,The Boring Company (most of his companies are interesting) , Neuralink & Open AI.

Purpose: Musk says that the purposes of SolarCity, Tesla, & SpaceX revolve around his vision to drastically improve the world & humanity. Some of its goals are to slow down the global warming process by abandoning fossil fuels for renewable energies, especially solar energy (Solar City), and to reduce the risk of a possible extinction of the human race through the evolution towards a “multi-planetary civilization” through the creation of a permanent human colony on Mars of about a million people. Musk is credited with creating the first successful Electric Vehicle – which now has 80% of the market. Additionally, Musk has designed a private successor to the space shuttle, the Falcon 9. His SpaceX is the largest private Space Exploration company in the world. (stay tuned for the next Adventure of Elon Musk !!! ]

What Lesson/s can you Learn?

Comments: Have you learned any other Lessons from following Musk?