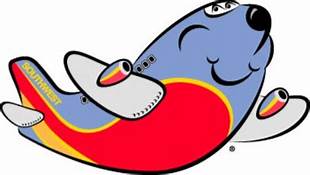 Herb Kelleher is the co-founder of Southwest Airlines – the largest “domestic” carrier in the USA. He came up with the idea of Southwest Airlines on a napkin. He drew a triangle connecting San Antonio, Dallas, & Houston, then showed it to his Co-Founder (who left the company later), with the idea of offering “low-cost” air travel to the people of Texas. That’s the start of what made him a Famous Founder.

Passing. In January 2019, one of the greatest Commercial aviation pioneers, Herb Kelleher passed away. Herb is the main person behind Southwest – one of the most successful low-cost airlines in the world – 45 year profitable. Creating a unique work environment, where he and employees around him have fun – yet maintain the highest standard of professionalism. That is why the Dept of Transportation ranks Southwest #1 in Customer Satisfaction – the airline receives the least amount of customer complaints since 1987.

Legacy. To honor his legacy, we would like to present the top 5 things that Herb Kelleher influenced in the world of commercial aviation.

#1. Low fares make it easier for everyone to Fly.

The planes would depart the airport as quickly as possible (avg 15 min) , as soon as it arrived from another flight. For the simple reason that the more time the aircraft spends in the air – the more profit you can get.

If you fly Southwest, you usually land at a secondary airport. (ie, Chicago Midway instead of O‘Hare) Why? It’s cheaper. Easier access. More Parking. Faster security checks + usually close to your destination

#4. One type of Aircraft = simplified Maintenance

Southwest was the first carrier to use only one type of aircraft in its fleet – the Boeing 737. Thus, reducing the time it took to maintain its fleet and train its pilots, engineers and cabin crew.

Many businesses around the world always emphasize that their customers are the most important people to them, but not to Herb. “If you treat your employees right, they treat your customer right & your customers keep coming back.“

The business of business is people. The values of Southwest are: People #1, Simplicity #2, Humor, #3. Service #4, humanity #5 number four. If you don’t treat your own People well, they won’t treat Customers well.

#7. Keep in touch with your People

We teach each of our managers to sit down – at least once a week – with all of the people who work for them, so if they have any suggestions, they can make them in person and discuss.

If you create an environment where the people truly participate in making decisions, then you don’t need as much control. They know what needs to be done and they do it. And the more that people will devote themselves to your cause on a willing basis, the fewer hierarchies and control mechanisms you need. Provide guidelines only, not rules. Give your employees the flexibility to make decisions immediately on the spot –as needed. They’re the ones that know the situation best

#9. Pay Employees what they Deserve

SW is perfectly happy with having, the highest pay for employees in the domestic industry. They reward us with tremendous productivity, which lessens our expenses and increases our profits. We have Profit-Sharing – so they benefit from productivity

SW put in the first Profit-Sharing plan in the airline industry. Our people were very aware that they were owners and will profit from their good work.

#11. Southwest Airlines is based on LUV

There’s a reason you associate LUV with Southwest, besides the Heart logo. It’s because of the experience they have shown the public, and the company culture that Herb created. Southwest has been voted “Best company to work for” Many people in the aviation industry hold Southwest as the high standard of company culture for employees. Southwest is the goal for many wanting to work for an airline. Herb built that culture – “put Employees first”, because they’ll treat the customer best.

Another thing that made Herb so special was his ability to make any person, whether a customer or an employee, feel like they were the most important person to him. This definitely ties into the company culture of LUV. When he would visit a station, he would visit with as many employees as possible. He also knew everyone by name, even if you hadn’t even met him yet. That’s something that is virtually unheard of from a CEO of a major company. “A company is stronger if it is bound by love rather than by fear.”

Foster a continuous exchange of ideas, whereby everyone feels free to get the info they need without having to dig through multiple layers. Ideas should be able to easily circulate up, down, & all around. Paperwork is the enemy. Yes, you need it, but you constantly have to fight to keep the volume down and simplify the information so that people can understand it readily. You need to exalt the people who come up with new ideas; they must be thanked, toasted ,lionized & rewarded for the ideas they’ve come up with – which are generally productive & constructive.

We think that our management ought to spend time in the field – seeing what our employees & customers experience every day. So we have a requirement that each of our officers each quarter goes out into the field to act as a reservations agent, to load baggage, to dispatch airplanes, or whatever is required, and report back on what they did, what they found out, and how they can improve the job.

#15. keep Focused on your Core Competency

SW decided – as a matter of policy years ago – that we wouldn’t do anything that wasn’t connected with the Airline business. We don’t know everything about everything. We know about one thing.” I have seen other airlines make mistakes, buying radio stations, hotel chains, rental car businesses, etc. We don’t want to get into thinking that we’re almighty because we’ve done pretty well in Airlines. And that’s still the policy today.

Herb’ Legacy. [things to remember & do]

I think we all can take something from Herb’s playbook. There’s a reason that Southwest employees have a warrior spirit, servant’s heart, a fun-luving attitude, & live by the Golden Rule. It’s because those are the ideals that Herb instilled in his company culture. They strive to live by these ideals, not because the company wants them to, but because they want to. I think it’s awesome that someone started a company – so fun to work for and to be a part of – a company that people are proud to come to work for. Some other some things from Herb:

Southwest is an example of a business that has succeeded in an industry where success doesn’t come easy. How did they do it? In the same way that all the other success do like. Walmart, Google, McDonalds, Subway, etc. They all used things like culture, people, innovation, humility & reward in the right way.