You are here: Home › Biz Heros & Bio's › 15 most Dramatic Changes of some the Worlds biggest Companies = Flexibility.

Why you should have “Flexibility” in Business !!!

“The measure of intelligence is the ability to change when circumstances demand it.” ― Albert Einstein

“Survival is for those who are flexible; they are smart enough to adapt and they never give up!”

“Stay committed to your decisions, but stay flexible in your approach, open to new Opportunities.

“Be flexible with the opportunities, but stick to your moral principles.” – Eleanor Roosevelt

We are stubborn on Vision. We are flexible on the details of our products.” – Bill Gates

“Leaders honor their core values, but they are flexible in how they execute them.” – Colin Powell

“An effective leader allows exceptions to the rule for exceptional results or when circumstance demands flexibility.” – John Wooden NBA Coach

While 3M is now in the headlines for its N95 Masks the company began in 1902 as a small mining company in Northern Minnesota. (Those 3 Ms originally stood for Minnesota Mining & Manufacturing.) The mine turned out to have little value, so the company began selling sandpaper & an adhesive cellophane tape under its Scotch brand. That was just the beginning. Among the other products 3M has produced over the years are asthma inhalers, lint rollers, earplugs, numerous pharmaceuticals & Post-it Notes. The success stuck. Today 3M makes a wide variety of 55,000 products and revenue was more than $32B last year.

Founded Buffalo, NY, in 1850 by Henry Wells, William Fargo & John Butterfield, American Express was originally a mail delivery service with an emphasis on speed. (Stage Coach Express) Two years later, Wells and Fargo started a similar company in the American West for the 49er Miners then established Wells-Fargo Bank when this faded out. American Express [NYC] enjoyed a relative monopoly on private shipments and by 1857, then the company expanded to financial services to compete with the Post Office’s Money Order business. American Express entered the Charge Card business started by Diner’s Club in 1950, and began issuing its signature embossed plastic cards in 1958. American Express changed hands several times over the next few decades, and Warren Buffett’s Berkshire Hathaway now owns about 19 percent of the company, which Forbes estimates is the 28th most valuable brand in the world.

When Avon first came calling in 1886, the company didn’t sell cosmetics. Founder David McConnell was a traveling Book salesman and gave away fragrances and other beauty products as a sweetener to women after making a sale. It turned out that Customers preferred the freebies to the books. McConnell’s genius was not only selling Cosmetics door-to-door, but also recruiting his female customers to be Sales Reps. Killer [NO] Seller Instinct: to make all Avon’s cosmetics Customers to became Sales Reps. All of that multi-level marketing has paid off. In 2019, Brazil’s Natura acquired Avon $2 billion 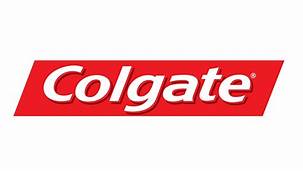 When William Colgate left England in 1804 to seek his fortune in America, he planned to start a small soap company. “Someone will soon be the leading soap maker in New York,” he was reportedly told. “You can be that person.” Two years later, Colgate launched his own soap and candle business, before eventually adding a starch factory. In 1873, sixteen years after his father’s death, Samuel Colgate finally introduced the product for which the brand is best-known today: Toothpaste. In 1928, Colgate was acquired by Palmolive-Peet to form what is now Colgate-Palmolive, and while the company didn’t quite become the leading soap maker, its toothpaste remains a global bestseller. 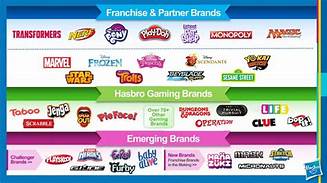 When the Hassenfeld Brothers founded their company in Rhode Island in 1923, they began by selling Textile remnants before expanding to Pencils cases & other School supplies. By 1940, the company had essentially become a Toy manufacturer and had its first real hit in the 1950s with Mr. Potato Head. With revenue exceeding $4.7 billion last year, Hasbro owns other major Toy brands, including Playskool, Nerf & Milton Bradley. And if you think that sounds like Monopoly, well, they own the trademark to that board game as well.

The original garage geeks, Bill Hewlett & David Packard flipped a coin in 1939 to determine whose name would come first in their new technology company. Back then, HP specialized in oscilloscopes, electrical testing devices for audio & signal generators. Then in 1968, the Silicon Valley duo produced the HP 9100A, a desktop scientific Calculator that is widely seen as a precursor to the Personal Computer. The clunky machine was expensive, costing $5,000 (or around $37,000 today). The first mainstream consumer PCs came about a decade later with the Apple II in 1977 and the IBM PC in 1981. But the gamble still paid off. Today, HP still produces laptops, desktops, bottoms (whoops) printers & other computer equipment. 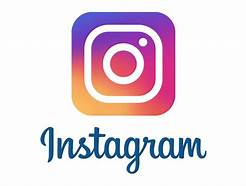 When Kevin Systrom first dreamed up Instagram in 2010, his vision was not exactly Insta-worthy. Originally named Burbn—after his favorite spirit—the company was created as a Check-in App (think: Foursquare), but Systrom (an inaugural Under 30 lister) soon realized that other startups were already crowding that space. After receiving $500,000 in seed funding from Marc Andreesen Horowitz and other VCs, Systrom (& cofounder Mike Krieger) decided to focus on one area: Photo Sharing. Two months after its release in October 2010, Instagram had more than 1 million users. Today that number is beyond a Billion, which also happens to be the amount Facebook paid to acquire the company in April 2012. 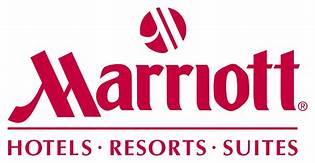 What is now a global hospitality company with some 7,300 properties in more than 130 countries & $20 billion in revenue last year, began in 1927 as $6,000 investment (about $89,000 today) in a nine-stool Root Beer stand in Wash, D.C. Founded by Willard Marriott & a partner – the Hot Shoppes chain of restaurants went public in 1953. Wanting to be in control, four years later, Marriott opened its first hotel in Arlington, VV. Today, Marriott International has scores of valuable sub-brands, including Ritz-Carlton, St. Regis & W Hotels. Quite evolution from the original Root Beer Stand. 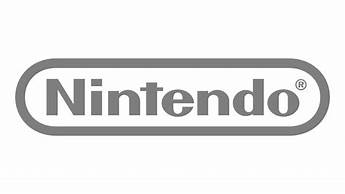 Long before Super Mario and Donkey Kong roamed the earth, Nintendo was a game-changer in playing cards. Founded in 1889, Nintendo made its first major pivot in the late 1950s, it partnered with Disney to use its characters on cards & games. New businesses were added to provide extra revenue streams, including a taxi company and an instant rice line. Then in the 1980s, Nintendo finally scored big with Video games and a product line that eventually included Nintendo 64, Game Boy, Wii & Switch. Today, Forbes ranks Nintendo as the 87th most valuable brand in the world, worth an estimated $8.8 billion. 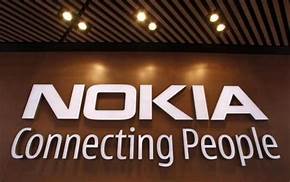 an early Cellphone from Finland

This giant traces its history to a decidedly slower medium. In 1865, engineer Fredrik Idestam opened a paper mill in Finland. In the 20th century, the company had expanded into other industries, including Forestry, Rubber manufacturing & Electricity. Then in 1977, Nokia made electronics its focus, building TVs, Computers and by the mid-‘80s, Mobile phones. By 1992, Nokia had sold off its other businesses to focus exclusively on Telecom. 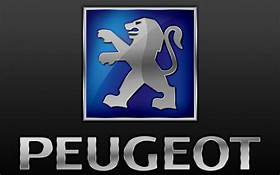 If the gears in your Peugeot are grinding, there may be a good reason for that. The French company began as a Steel foundry in the early 19th century, producing saws, pepper mills & coffee grinders. In 1889, Armand, grandson of the company founder, released the company’s first Horseless carriages and 40 years later, its first mass-produced car, the 201, came off the assembly line. Over the decades, Peugeot has also rolled out Scooters & Race cars, but it has always remained true to its origins—it still produces a salt and pepper set. Would you like to Order?

Fittingly, the company behind Play-Doh was “re-molded” in the 1950s.  In 1912, Kutol, a Cincinatti cleaning products company debuted a product for removing Coal Soot from wallpaper. Several decades later, with more families using gas to heat their homes, the need for such a Soap was vanishing, so the company reworked its formula and created a “putty-like product in 1955 that was marketed to schools for children’s arts & crafts. Now named Play-Doh, it originally came in just one color (white) but it’s now produced in more than 50 shades. In 1991, Hasbro acquired the company (as part of its acquisition of Tonka) for some $500 million (about $950 million today) and in 1998, Play-Doh was inducted into the National Toy Hall of Fame. 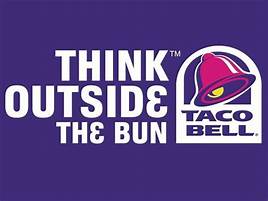 Bun Voyage: Had it stayed with its first product, Taco Bell would be only serving Hot Dogs today. In 1948, Glen Bell founded Taco Bell in San Bernadino, CA, but he kept an eye on the competition across the street, a popular Mexican restaurant. After learning how they made Tacos, Bell opened a new stand that served Mexican-inspired food and eventually called his new chain Taco Bell. By 1970, the company went public with 325 restaurants before selling to Pepsi in 1987 for $125M. Today, Taco Bell has more than 7,000 restaurants around the world and is part of Yum! Brands – which also has Pizza Hut, KFC & Bad Habit Burger 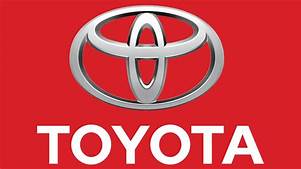 Innovation is woven into the fabric of Toyota. In 1926, Mr Toyoda of Japan, founded his now famous company to build automatic Looms to weave Rugs. By the end of the decade, Toyoda sold the patent to his invention and used the capital (& his assembly line) to produce a new line of cars. Today, Toyota, with $290 billion in revenue last year, is the largest car manufacturer in Japan and was the world’s most valuable automaker until 2020 when it was eclipsed by Tesla.

Chew on this for awhile !!!

The Soap business proved lucrative for William Wrigley, who arrived in Chicago in 1891 with just $32 to his name. As a way to promote his baking powder, Wrigley began giving away Chewing Gum with every purchase. Like Avon, Wrigley soon discovered that his “freebie” offering was more popular than his core product and began producing Gum instead. That’s not dumb! His immediate success led to Wrigley become a minority owner of the Chicago Cubs before eventually becoming its majority owner and the namesake of its iconic stadium. In 2008, 76 years after Wrigley’s death, another confectionary giant, Mars, purchased the company for $23 billion.

Comments: Do you know any other famous companies that have made a dramatic shift in their products?