You are here: Home › Famous Founder › 15 most Inspirational Rags-to-Riches Entrepreneurs of all time

“Fully using your incredible brain can take you from rags to riches, from loneliness to popularity, and from depression to happiness and joy – if you use it properly”. Brian Tracy, Motivation Author 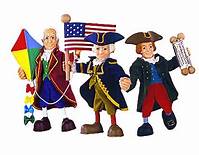 Most of the richest people in the world weren’t born into their wealth. But many of them started with nothing, and thru hard work, talent, grit, & a bit of luck, managed to rise to the top. There is no disadvantage these personalities did not suffer on their journey from birth to where they stand today – but sheer tenacity, confidence & hard work led them to the inspiring figures they are today. These stories remind us that it’s possible to overcome just about anything – including extreme poverty. [Alphabetical listing]

This Apple founder is now a household name. Jobs was given away for adoption by his biological parents and he became interested in electronics after his foster dad showed him the joys of technical tinkering in their garage. He dropped out of college, because his education was costing his foster parents a lot. He used to return Coke bottles for money and live on free meals at the Hare Krishna temple. A hippie who used to trip on LSD, Jobs went from a technician in Atari, to co-creating Apple – one of the greatest tech co’s ever.

Celine grew up in a poor family.Born the youngest in a family of 14 children, she suffered tremendous poverty, because her parents could not make ends meet to provide equally to all their children. Nonetheless, ‘her heart went on’ with her love of music. She started performing in small events, slowly acclaiming fame as a teen star with an angelic singing voice. With the support from her loving family, she endeavored to win multiple awards at a young age, as she grew up to be a hit singer. Her current net worth of $800 million speaks volumes of what she has achieved in her lifetime, because she had to mortgage her home just to release her first record. It also points out her never-ending dedication & passion for music.

Born in 1883, Chanel was raised at an Orphanage in France. At the age of 12, her mother died and her father abandoned her by sending her to the Aubazine convent in central France. The nuns from the orphanage taught her how to sew.

Chanel moved out of the Convent at the age of 18 and worked as a seamstress and a singer at a bar for income. She dreamed of becoming a professional singer. It was during this time that she met the wealthy man named Etienne Balsan at the bar. At the age of 23, she began living with him and this helped her learn how to speak and act like a woman of High Society. However, they did not end up together and she met an English man named Arthur “Boy” Capel.

Boy Capel helped her finance her first boutique in 1910. Chanel opened her first shop in Paris – creating simple & elegant styles that were intimidated by all of Paris. Chanel was able to reimburse Capel’s initial investment within the first year.

Women wore corsets and heavy fabrics back in the 1900s. Chanel began creating hats that were favored by famous French actresses. On the other hand, she was the first woman to introduce casual wear to women’s fashion.

By using men’s fabric, Chanel popularized comfortable sportswear, woman’s pants, and simple dresses that became a total hit. She opened more boutiques using her own money after establishing a firm reputation. Her designs in Paris greatly influenced the fashion industry for she is a woman who changed the face of women’s fashion.

Today, the current owners of Chanel are worth $19 billion and it continues to be a symbol of total luxury.

One of the famous women entrepreneurs and French fashion designer like Coco Chanel had a net worth of $100 million.

This Guy is Canadian-born and began his circus career busking on the streets: playing accordion, walking on stilts & eating fire (especially on cold nights). He gambled by bringing a successful troupe from Quebec to the Los Angeles Arts Festival in 1987, with no return fare. The bet paid off, and the circus group was eventually brought to Las Vegas, where they became the world famous Cirque du Soleil we know today. It’s now a company of 4000, worth > $800 million & 180 million people around the world have seen it. Guy is personally worth $1.4 Billion.

Walt was also another boy brought up in a farm – that used to draw pictures for his neighbours for $$$, then he was the Cartoonist for his schools newspaper, Walt went through the jobless phase where no one hired him, and his brother had to help him out with his job search. He went from rags to riches by starting out with advertisements and going on to Animating his own Cartoons starting with Mickey Mouse. When his daughter said: “Daddy, I need play park”, he created the original Disneyland. Now, they are all over the world and his co has added Hotels & Cruise ships.

Ralph started his $12 billion empire making neckties. The son of Jewish immigrant parents, he grew up poor in the Bronx, but he wrote in his 1957 HS yearbook that one of his life’s goals was to be a $millionaire. Today he not only achieved that goal, he has surpassed it.

Lauren gave himself a goal: to escape the bonds of poverty and live his life – as he envisioned living it. He took many risks along the way, but his perseverance & determination has brought him to riches perhaps beyond his wildest imagination.

She was born of Housemaid & Coal Miner parents. Living the life of poverty, where she used to have to wear dresses made out of potato sacks, she entered the world of Media after getting the job of a News-reader in a local black Radio station. After she got her first talk-show in Chicago, there was no looking back for this TV, movie, book, etc personality.

Larry Ellison was born on the Lower East Side of NYC. After he contracted pneumonia as a baby, his mother was unable to care for him, and instead sent him to live with her aunt and uncle on the South Side of Chicago. He has never met his birth father, and didn’t even know he was adopted until much later in life. In 1977, he co-founded Oracle in SF Bay Area – a database management company and today, it has annual revenues of around $38 billion, & Ellison has an estimated net worth of $46.2 billion.

Born in a lowly English family, Rowling battled depression, suicidal tendencies & poverty to become one of the most loved British authors in the world for her hugely popular Harry Potter series. Highly imaginative as a kid – who thrived on stories, she drew from her surroundings and the people in her life as inspirations for the books which have now also become one of the biggest Movie franchises.

When he was born in 1947, his homeland of Austria was devastated by World War II, and the future “Governator” lived in a home with no plumbing or phone. Hunger-based riots plagued the streets outside his door. Nicknamed “The Austrian Oak,” Arnold Schwarzenegger started pumping iron when he was a teenager and in 1965 won the Mr. Europe Junior title. He went on to win 5 Mr. Universe titles (both amateur & professional) and was named Mr. Olympia seven times

Always ambitious, he landed a few small movie roles before appearing in the hit documentary Pumping Iron (1977). He played a bodybuilder in the movie Stay Hungry (1976, with Sally Field), and his natural charisma led to more movies and recognition. Once he played the oiled-up title hero in Conan The Barbarian (1982), Arnold Schwarzenegger was suddenly a movie star.

He had another big hit in 1984, starring as a killer robot The Terminator. Throughout the 1980s he was a top box office draw, mostly appearing in action films, but also adding comedy to his repertoire. Terminator 2: (1991) was even more successful than the first movie, and Arnold Schwarzenegger became one of the highest paid actors in show business.

During the 1990s, Schwarzenegger continued to make big-budget thrillers and earned a reputation for being a crack businessman and a conservative Republican. In August 2003, Schwarzenegger that he would run for governor of California in a special October recall election. He won the recall on October. He was re-elected to a new term in 2006. One of the richest action stars of all time, Arnold with a net worth of $400.

Schultz grew up poor in Brooklyn, NY. He always wanted to climb “over the fence” and go beyond the lifestyle provided by his Truck-driving father. He excelled at sports and eventually earned a football scholarship to the University of Northern Michigan. After graduating with a degree in Communications, Schultz went to work for Xerox before discovering a small coffee shop called Starbucks. It has now has more than 21,000 stores in 65 countries, and Schultz has a net worth of $3.1 billion.

(1835 – 1919) Born in a one-roomed Weavers cottage in Dunfermline, Scotland. His family emigrated to America when he was 13 because of their extreme poverty. His first job in Pennsylvania was as a Bobbin boy at a Clothing fractory for $1.20 a week. But, he went on to dominate the US steel industry, amassing a personal fortune. By his death, he had given away $4.8 billion (Libraries, etc)

Branson went from being a dyslexic kid who performed badly in school to a British business magnate with a net worth of $4.6 billion. There was a time when Richard Branson started his Record business from the crypt of a church – and now he is the 4th richest citizen of the UK. This entrepreneur is an example of how one can be eccentric and yet rake in BiG Bucks. He has his finger in many pies – Music, Airlines, Telecom & now Space.

This American entrepreneur who built a small variety store into the giant Walmart chain, , grew up during the Great Depression. He had numerous chores to help make financial ends meet for his family as was common at the time. He milked the family cow, bottled the surplus, then drove it to customers. Afterwards, he would deliver newspapers on a paper route. In addition, he also sold magazine subscriptions. During his college, he worked various odd jobs, including waiting tables in exchange for meals. After graduation, he joined the US Army during the World War II. After the war, he left the military and started managing a variety store in Arkansas at the age of 26. He cut costs and sales increased dramatically. He soon out-grew that store and his concept was going so well that he expanded – store-by-store – until he passed the then leader, K-mart. Walmart now has > 11,000 stores around the world. Sam amassed a fortune of over $23 billion before he died in 1992.

Ursula grew up in the ghetto. Her family’s apartment was located in the center of gang activity, drug busts, & frequent criminal activity.

Excelling at Math, Burns later earned a BS degree in Mech Engr’g (1980) In the same year, she began pursuing a Master’s degree in from Columbia University and joined Xerox as a summer mechanical-engineering Intern through the company’s graduate engineering program for minorities, which in turn paid a portion of her educational expenses.

After completing a master’s degree in 1981, Burns joined Xerox as a full-time employee. From 1992 she progressed through various roles in management & engineering, and in 2000 she became Sr VP of Strategic Services, a position in which she oversaw production operations. The appointment eventually afforded Burns the opportunity to broaden her leadership in the areas of Global research, Product development, & Marketing, and she was named president of Xerox in 2007. Two years later she was named CEO, and in 2010 she became chairman of the board.

Comments: Do you know any other Rags-to-Riches entrepreneurs that have impressed you?

from StartupNow, Top Ten, LinkedIn & others. 1/20 enhanced by Peter/CXO Wiz4.biz