to be ready for the Recovery from this Crisis !!! 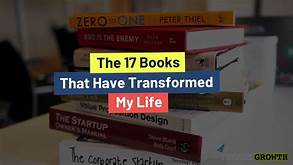 Future is Faster than you Think, The Hidden Power of What You Say and What You Don’t, Human-ocracy, Innovation Stack, Leadership is Language, #MeToo in the Corporate  World, Myth of Chinese Capitalism, No Filter, The Politics Industry, Re-Programming the American Dream, Sizing People Up.

If your goal during this Virus Crisis is “How to become a better Leader”, then you’ve come to the right place. The Book publishers in 2020 have some outstanding leadership offerings. Some BiG names tackle BiG subjects. And in a couple of revealing insider accounts, scrappy entrepreneurs take down enemies (Square beats Amazon) or are taken down by friends (Instagram’s founders exit Facebook).

How the Tech Titans Plan to Stay on Top Forever, by Alex Kantrowitz. The title, of course, refers to Jeff Bezos’s dictum that Amazon employees approach each day like the first day of a startup. Kantrowitz, a BuzzFeed journalist, discusses Bezos, Facebook’s Mark Zuckerberg, Google’s Sundar Pichai, and other leaders of the tech giants that–for good & ill–dominate our lives & economy. In Always Day One, he explains how such companies maintain a constant state of urgency and reinvention to avoid stagnation & irrelevancy. He also suggests how startups might try to change that.

Inside Big Tech’s Race for the Future of Food, by Chase Purdy. As meatless meat colonizes even the shores of fast food, Purdy, a writer for Quartz, reports on the potentially planet-changing disruption that may stave off hunger, endanger farm economies, & make some folks very rich. Billion Dollar Burger‘s center is Josh Tetrick, CEO of a Silicon Valley company developing meat from cell cultures. Tetrick, who is beset by hungry competitors, is a fascinating guy who previously took on Big Condiments with vegan mayonnaise.

Competing in the Age of AI:

Strategy & Leadership when Algorithms & Networks run the World, by Marco Iansiti and Karim Lakhani. Just as the Internet required a fundamental re-invention of business models, Artificial Intelligence [AI]challenges leaders to rethink everything about their organizations. AI processes are more scalable than human-powered ones. The technology creates more scope, because it easily connects to other digital businesses. It also greatly amplifies learning & improvement. In Competing in the Age of AI, two Harvard Business School professors explain how to take advantage.

The Surprising Power of Business Experiments, by Stefan Thomke. Thirty years ago Peter Senge encouraged companies to become learning organizations. Now in Experimentation Works, this Harvard Business School professor gets more concrete – lauding the power of “experimentation organizations” in which everyone–not just R&D–constantly tests everything from new processes to new business models with scientific rigor. Thomke lays out best practices for creating a strong hypothesis, setting up control groups, & interpreting results. (ie, Can you tell a true positive or negative from a false one?)

The Future is Faster than you Think

How Converging Technologies Are Transforming Business, Industries, & Our Lives, by Peter Diamandis & Steven Kotler. A google of books ponder the social & economic effects of disruptors like AI, Virtual Reality, 3-D printing, BlockChain, Robotics, & digital Biology. What’s intriguing about The Future Is Faster Than You Think is the speculation from Diamondis (exec chairman of Singularity University) & Kotler (a Science Journalist) about what happens when all that stuff starts coming together. The implication for extending lifetimes is especially intriguing.

The Hidden Power of What U Say &What U Don’t

by L. David Marquet. Language is, arguably, the biggest leadership subject of all. Readers can apply lessons from Marquet (a Nuclear Submarine commander-turned Cconsultant), simply, immediately and every day. As Leadership Is Language demonstrates, understanding distinctions between good & bad word choice + phrasing can improve the relationship between you & your team. For example: try delivering information

Creating Organizations as amazing as the people inside them, by Gary Hamel & Michele Zanini. Hooray that business Authors now talk less about managing workforces and more about managing individuals. In Humanocracy, London Business School professor Hamel & McKinsey alum Zanini lay out the costs of de-humanizing workers in the interest of control and explain how to achieve the benefits of coordination & consistency while letting employees be themselves.

Building an Unbeatable Business One Crazy Idea at a Time, by Jim McKelvey. As co-founder of the small-merchant payment company “Square”, McKelvey spent the early days of his venture not getting killed by Amazon. Square was so good at not getting killed that it actually took out Amazon’s rival service less than a year after its introduction. The company pulled that off using a strategy McKelvey calls the “innovation stack.” Other successful startups have used it too, and the author explains how it works.

The Hidden Power of what you Say & what you Don’t, by L. David Marquet. Language is, arguably, the biggest leadership subject of all. Readers can apply lessons from Marquet, a Nuclear Submarine-commander-turned-Consultant, simply, immediately & every day. As Leadership Is Language demonstrates, Understanding distinctions between good & bad word choice + phrasing can improve the relationship between you & your team.

A Field Manual, by Jocko Willink, is perfect for new leaders, who have less time than anyone to wade thru great big books on leadership. The military uses field manuals to provide simple, step-by-step instructions for coping with myriad unfamiliar situations. Willink, a onetime Navy Seal commander, takes that approach in Leadership Strategy and Tactics with subjects like dealing with imposter syndrome, doling out punishment, and giving feedback.

#MeToo in the Corporate World

Power, Privilege, and the Path Forward, by Sylvia Ann Hewlett. For decades Hewlett – an economist – has illuminated the practices and power structures obstructing women in the workplace. In #MeToo in the Corporate World she tackles the limitations & unintended consequences of the #MeToo movement, including male skittishness about mentoring or sponsoring junior women. That over-cautiousness, in turn, narrows the pipeline to the C-suite, where we need diversity to end this crap once and for all. Yeah !!!

The Myth of Chinese Capitalism:

The Worker, the Factory, & the Future of the World, by Dexter Roberts
China’s manufacturing prowess is either a threat or opportunity, depending where you live on the supply chain. But will it ultimately hoist that country to world domination? Maybe not, suggests business journalist Roberts. The Myth of Chinese Capitalism is a tale of two cities–impoverished Binghuacun, from which hordes of Migrants depart; and industrial Guangdong, where hordes of Migrants arrive. The struggles of families there predict rising social tension that endanger the giant’s future.

The Inside Story of Instagram, by Sarah Frier. Journalist Frier landed interviews with Instagram’s founders, executives, & competitors to chronicle the company’s meteoric growth as it hooked the world on “visual storytelling”, followed by its sale to and rocky relationship with Facebook. No Filter‘s publisher promises previously unreported dramatic details of Kevin Systrom’s & Mike Krieger’s departures from the company they founded.

How Political Innovation can break Partisan Gridlock & save our Democracy, by Katherine Gehl & Michael Porter. Remember when it was fashionable to argue that government should be run like a business? Even if govt isn’t a company, politics is an industry, and a singularly destructive one with its own skewed forms of competition. In The Politics Industry, Harvard Business School professor Porter (creator of the seminal “Five Forces” strategy), joins Political activist Gehl to explain what happens when competing parties control the rules of competition and how citizens can help fix the system.

From Rural America to Silicon Valley–Making AI Serve Us All, by Kevin Scott with Greg Shaw. Books on AI are proliferating so fast you’d think computers were churning them out. But Reprogramming the American Dream author Scott has an interesting perspective. First, because he is CTO of Microsoft. Second, because he grew up in rural Virginia and understands how white-collar disruptions affect back-roads populations. Scott advocates international policy collaboration similar to that focused on climate change, space exploration, & public health.

A Veteran FBI Agent’s User Manual for Behavior Prediction, by Robin Dreeke & Cameron Stauth. The same tactics used to detect spies & criminals can be applied to the business world. Whom should I trust? Is this guy going to deliver? What did that comment in the meeting really mean? Is she seriously going to buy or is she stringing me along? Hiring & sales should benefit. Sizing People Up co-author Dreeke is a former head of the FBI’s counter-intelligence behavioral analysis program with lots of experience.

Comments: Do you know any other Business Books [ #17, etc. ] that impressed you that have been published in the last year?