You are here: Home › Biz Heros & Bio's › 20 Top Tech+ Entrepreneurs who Changed the World for the better

“Success is not the key to happiness. Happiness is the key to success. If you love what you are doing, you will eventually be successful.” 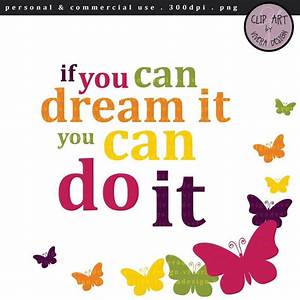 With every chance for greatness, there is the risk of utter failure. But for entrepreneur Founders, that’s part of what makes the world exciting. And taking a gamble on an idea that could change the world is worth the risk. Nobody is perfect, people make mistakes, and things don’t always go as planned. But then, when you least expect it. Pow! Everything falls into place and you’re a $M. Or at least that’s the dream. Just ask the all of the inventors, & business moguls of the world who have changed it for the better. Here are 20 entrepreneurs who have made the world a better place.

Most Influential Founders of all time !!!

Bill has always been a creative visionary Entrepreneur. Windows isn’t just an operating system, it’s the world’s biggest OS, and it started as nothing more than a dream in the head of a young kid from Seattle. Bill has done even more to change the world through his Educational philanthropy to under-developed countries than with his creation..

Jeff is credited as being ones of the 4 fathers of online eCommerce. LoL He took Amazon from just an idea to a monster company that dominates many areas on the web.

Everybody knows Zuck. He even was the subject of the movie “The Social Network”. He started as a SW programmer in college & was so passionate about the idea of a Social Network, turned entrepreneur, turned billionaire. He has committed to giving most of his wealth to causes that help others. He is living the dream that startup business owners all over the world aspire to. He is the poster boy.

These two guys started the inter-net giant by taking the Search Engine idea and maximizing it into the greatest in the world. Sergey is a Russian-American computer scientist, who along with Larry Page, co-founded Google Inc. He went to Stanford, where he met Page and started a stripped down version of the giant web Search engine, later they dropped out of Stanford to start up Google in a rented garage & the rest is history !!!

-along with Wozniak. Now it’s the biggest Smart-Phone (& other devices) manufacturing company in the world. Jobs & Woz both dropped out of college & met at Hewlett Packard. They co-founded Apple for Jobs to sell Woz’s Apple I PC. They later attacked with Mac, then got into the iPhone biz. Many versions later & other devices, they’re on the top of the world.

Internet, renewable energy & outer space – these three things define Musk. An aspiring Physicist & also an Economics graduate from Wharton School of Business. He planned to obtain a PhD in Physics from Stanford University, his passion took him on a different path. Musk started PayPal – which was later was acquired by eBay. Later, he started SpaceX, to design & launch space vehicles (ie, to Space Station). The desire to be eco led him to start Tesla – to design & manufacture Electric cars. Two years later, he funded SolarCity to help combat global warming.

Dell developed a liking for computers from an early age of 15 -when he first opened up his new Apple II just to see how it worked. He went on to enroll at the University of Texas and in his dorm room started a computer upgrade service, that later included his own designed & manufactured models. It grew so fast, that he dropped out of college and has devoted his full time to it ever since.

Sir Richard Branson is an English businessman who has close to 400 other companies under Virgin today. He started off early doing a Magazine at age 16, and Virgin Records at 22. Next came Airlines, Retail stores, Broadcasting, Publishing, Drinks, Cars, Space Vehicles, Health Care, and almost 400 other ventures

Walmart is named after Sam. He started with 1st small store in 1962 in Arkansas and has steadily grown – passing Sears, Penny’s, Macy’s, etc. – until now, it’s the world’s largest Retail chain

Oprah is best known for her popular TV show. She now has a TV network – OWN, produces over dozen show & has about 20,000 working for her. She is the richest African-American and the first and only Black billionaire in all of North America!

After taking 4 years to pass the entrance exam for BA, he got a degree and completed Graduate School of. He applied for a job at 30 companies and was rejected. Persistence !!! At age 31, he was introduced to the Internet, founded the Alibaba – which is now a family of companies. It is the global leader in eCommerce.

A Milk-Shake machine Salesman who saw a good business model at the McDonald Bro’s restaurant, launched his 1st Burger Biz in 1955. Mickey D is now the largest Restaurant in the world and is in 38,000 (even Russia) and serves 68 million every day.

Ted is the founder of the 1st, 24×7 news channel Cable News Network or CNN. After taking over his father’s billboard business, he bought the Atlanta UHF station which was re-named to Turner Broadcasting System. That is where CNN was born after 10 years of its inception and went on to change the way news was covered.

. . . is a Swedish business magnate and founder of the international Furniture retail store. He had a liking for business from a very young age, he sold matches bought at a very low price, then moved on to other small items and finally opened up IKEA on his uncle’s kitchen table.

Bushnell is the founder of the Video game developer company Atari Inc. & Chuck E. Cheese’s Pizza-Time Theaters. He has been dubbed as the founding father of Gaming and has received several accolades for his contribution to the Entertainment industry.

Sean Parker may have had his own GeoCities website before building the first major peer to peer file-sharing app, Napster. Later he’d have a heavy hand in bringing Facebook to life, and today he is a global jet setter + technological elite on the vanguard of the industry. Napster changed the world for the better by breaking down the walls of corporate monopoly. It created a new paradigm in the way that we make and share entertainment.

He was the App developer from India who founded Messenger and turned it into the most used Messaging App in the world. Facebook paid $5M for it in 2011.

Was founded in 2004 with 4 others. It serves to help groups of similar interest to host local events by attracting members, notifying them of meetings and sharing information. It now has over 35 million members – world-wide. 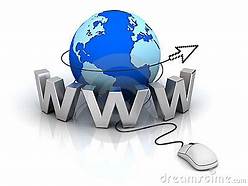 He is not an entrepreneur, but he thinks like one. Tim is the guy who came up with HTTP, HTML & WWW. When he created a proposal for a networked pool of information that could grow and evolve with its users, his boss wrote “Vague, but exciting” on the cover. The Internet has leveled many artificially constructed social playing fields and made it so that almost anybody – almost anywhere in the world – can communicate with anyone. It has made the world smaller, the universe bigger & the possibilities endless !!!

Comments: Do you know of any other Entrepreneurs that should be on this list?