You are here: Home › Advice › 20 Ways to Inspire your Team to have more Innovation 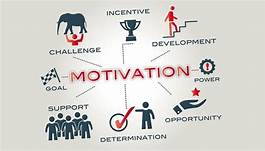 More Creative. You love your employees and, obviously, you think they do awesome work, or else you probably would have fired them. Yet, do you ever find yourself wishing they could become a little bit more innovative? After all, the companies that are thriving in today’s competitive marketplace are also some of the most creative.

Google is a strong supporter of creativity in the workplace, giving its developers permission to spend 20% of their work hours on the own Creative project. This way of thinking has caught on and has made its way into many workplaces, giving companies new ideas & strategies to grow their business. If you want to create a thriving culture and inspire your employees to be more innovative themselves, the good news is there’s a lot you can do. Some excellent tried and true strategies include:

While observation and follow-up are critical to certain aspects of leadership, micro-managing has never been. When teams are micro-managed, they become stifled. They lose the desire to create, innovate & move freely within their areas of expertise. Instead of constantly looking over shoulders, leaders should “empower” their teams to work at high level and be given the autonomy to do so effectively.

#2. Re-think your idea of Management

If someone at your company has a great idea, let them run with it. En-powering people power can be extremely effective in driving a company forward. Let them “own the project” making them solely responsible for the results.

Creativity & innovation require a balanced, but hands-off approach. However, a proven creativity killer is not providing any direction at all. Effective teams need a target to aim for. In order to obtain productive & innovative solutions, give basic parameters & set goals. Check in with your team to see what they need from you as a leader. Your job is to support them towards success, not do it for them.

#4. Be Specific about the Objective

We often get consumed with the “How” and forget the “Why.” There can be many ways to do something, but because we have always done it this way, we continue down the same path. If you provide your team with the goal and allow them to chose the route, you are more likely to receive creative solutions.

#5. Let them Test their Wings

To learn to fly we have to test our wings. That can mean being given the chance to test and try new things, within reason. Like any bird watching their babies fly for the first time, some guidance must be given to avoid death & disaster. But the truth is in the workplace, you either let them try to express their creativity or you will kill their drive & desire to contribute.

I’m amazed at how many leaders invest large amounts of money and time to kick off new initiatives, but then tell everyone all the limits they have – to get it done. Next time, surround the team with what they need and get out of the way. Creativity is natural, if you encourage it.

When someone gives an idea and you immediately say “but” – whether it’s “but we can’t” or “but it’s too expensive” you’re simply stopping creativity instead of allowing ideas to develop. Instead, say “and” — you don’t have to agree, you do have to affirm. Try using “yes, and” during idea creation and see what happens. Open up to failure-free thinking !!!

Leaders unknowingly weaken their team’s creativity by focusing too early on implementation. The fastest way to kill the creative process is, requiring your team to produce tactical solutions in tandem with creative ideas. This not only stifles the creative flow but also shifts the work environment into a “produce while editing” mindset, which results in a diminished individual contribution.

Nothing kills creativity like a risk-averse, play-it-safe leader. To spark creativity, be curious and bring a beginner’s mind to problems. Channel your inner life-long learner and ask appreciative questions, like: “What would we do if we knew we couldn’t fail?” “What possibilities are there if we look at the other side?” “How could we disprove this theory or belief of ours?” And then listen!

is one of the best tools I’ve found for cultivating creativity and encouraging team members to come up with three to five creative ideas for a project. This levels the playing field for introverts & extroverts. Having each team member generate a variety of ideas, prevents individuals from lobbying for “their” idea, including leaders themselves.

Some leaders hire standardized teams or even hire in their own image. A better strategy for encouraging creativity is to build of team with a variety of different skills & strengths, then encourage healthy debate among them. Create an environment where failure is okay, and different points of view are encouraged. Ban the expression “That’s not the way we do it here.”

#12. Establish Mentorships for all

Mentorship programs shouldn’t be just for the new people; everyone at your company can benefit from the experience of having a mentor. When they’re part of a mentorship program, employees are able to form valuable connections with the other people in the office, and they’re also challenged to think beyond the typical roles they fill. Remember, age shouldn’t be a determining factor when it comes to who mentors who. The factors should be knowledge & experience.

A lot of effort and time goes into coming up with a new idea, so it’s crucial for employees to receive feedback in order to know that they’re valued. If you’re asking your employees for innovative ideas, you should also have a feedback system in place – in terms of a person who’s tasked with evaluating the strengths & weaknesses of the idea. You could also ask a larger audience for feedback: 1) thru your network or 2) setting up a system where viewers can vote on ideas on your Website and make comments.

#14. Do verbal Appreciation & Hand-written Thanks

Want to know a really great way to motivate your employees to be more innovative? Thank them for the work they’re already doing. Some people will be so touched by Thank-you Notes that they will often write thank you notes back.

because some of the best ideas come from collaboration. One person might get the ball rolling with a great idea, but others can expand upon that great idea by filling in all the necessary details. Do Brain-Storming or do Teams, and offer a prize to the team that comes up with the best idea. An important caveat of this is that while rewarding the best idea with a prize, it’s also important to acknowledge everyone involved. This keeps the focus on teamwork and cooperation rather than competition.

Sometimes, top-level executives hear the word “innovation” and associate it with outcomes five or even ten years into the future. Employees, on the other hand, might think innovation is referring to short term, more immediate improvements. This can result in an employee suggesting a great idea that is turned down because it isn’t relevant to the big picture. Make sure you’re on the same page with your employees, and be sure to specify the time-frame you have in mind – when you’re asking for ideas.

If you’ve become one of those cynical people who don’t think work could ever be any more fun, think again. When you incorporate fun into the workday, you create an environment where creativity & innovation can flourish. Hold themed Dress up days, such as Super-Hero day, Decade day where they dress to match their favorite decade or Pajama day – because who doesn’t love an excuse to wear pajamas to work. If you work at a company where you can’t hold Themed dress up days, at least do something fun on a routine basis. Office Olympics, anyone?

#18. You don’t always Lose if you Snooze

As crazy as it might sound, Napping can be a fantastic way to get your employees motivated. Re-energized people think more clearly and, consequentially, show more creativity & innovation. Several companies have already bought into this idea, with many creating designated “Nap Rooms” within offices – so employees can take a quick time-out to catch some zzz’s.

#19. Be realistic. Acknowledge the Mistakes & Failures

Criticizing employees when their ideas don’t work is a surefire way to stifle innovation & creativity. A good employer should recognize mistakes are an essential part of how we learn & grow. They will also accept mistakes, as part of the learning or trial & error situation – reminding employees they found out what doesn’t work and are just one step closer to success. Edison had over 1000 failures before he perfected the light bulb.

#20. Encourage Employees to Ask for Forgiveness, Not Permission

“It sounds trite, but it’s true. Facebook’s mantra is “Move fast and break stuff.” Most of the time, testing any given new idea/tactic in real-time instead of debating them endlessly, won’t sink an early stage company (assuming proper common sense, ethics, etc.). So giving employees the freedom to screw up – as long as they have the discipline to test & measure – encourages the freedom to innovate

Conclusion: Motivating employees to become more innovative, isn’t just some business idea you should consider trying. It’s something you definitely need to do. The future success of your employees — and your business — depends on it.

Comments: Do you know of any other ways to Inspire Innovation?