“This will help you understand what is most popular, then you can choose the best for you.” Peter/CXO Wiz4.biz 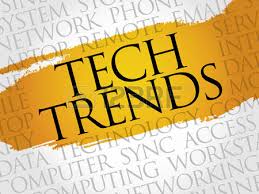 Within 3 years of founding, AirBnB had booked 1 million stays, and helped usher in the sharing economy. Now, 2 million people a night stay in an AirBnB-listed property. Its latest valuation is more than $35 billion–higher than the market cap of Hilton or Marriott–and it appears poised for a public listing.

AhRefs is trusted by SEOs & Marketing professionals worldwide – as the ultimate Tool set for SEO, powered by industry-leading data. It crawls the web, stores tons of data & makes it easily accessible via a simple user interface. The data can be used to aid keyword research, link building, content marketing & SEO strategies. Ultimately, the tool helps to accelerate the growth of organic Search Traffic to a website.

Buffer (2010) a smarter way to Share on Social Media

Buffer is the easiest way to share the great links, pictures & videos you find to Twitter, Facebook & LinkedIn. It is an intuitive, streamlined social media management tool trusted by more than 4 million people worldwide to help drive meaningful engagement & results on Social Media.

crossed the billion-user threshold right around the time it went public in 2012. Today it reaches 2.45 billion people monthly. While it’s impossible to quantify the ways in which Facebook has helped people connect (or, for that matter, to harass, mis-inform, or plot genocide against one another, LoL), it is possible we’ve learned a thing or two about data privacy & security from the giant.

Eating out isn’t convenient some times, but now we have the option. If you don’t have time for it or don’t feel like going for it, you can order Fast, Medium-speed or Slow-cooked Meals delivered and the Delivery $$$ is reasonable.

As an online Photo-sharing & Social networking App, it has an army of influencers, infinite scroll, & dominance of the mobile-attention economy. Bought by Facebook for $1B from $250K = 40x increase.

Messenger is incredibly popular and the preferred way to communicate – audio & video – and want to do more than texting.

WhatsApp is the lighter version that uses less data and encrypts its messages end-to-end (user to user), which is more secure than Messenger.

Netflix is the premier video-streaming app. With it, you get access to Netflix’s ever-growing number of original movies & series (like TV series).The iOS and Android apps even allow you to download most shows or movies to your phone. Despite heavy and growing competition, Netflix is still the streaming app every other one is measured by.

Quora connects you to everything you want to know about. It aims to be the easiest place to write new content + share content from the web. It organizes people & their interests, so you can find, collect & share the information most valuable to you.

This is that Sci-Fi video-phone future that’s even better than what any Sci-Fi film could have predicted -obviously because none of them predicted the rise of the Smart-phone (except maybe StarTrek).

Slack’s “free-mium”, go-to-market strategy proved genius, allowing it to worm into almost every sort of office, giving workers an unprecedented level of control over their workflow and communications (while also often making them unable to disconnect from their offices).

SnapChat’s founders and content creators accurately predicted the continuous shortening of people’s attention spans. Its popularity hit the stratosphere from 2013 to 2015 – after adding video sharing, Snapchat Stories, ephemeral text messaging & (most importantly) the rainbow vomit feature [Yuk !!!]. It allowed people to post short videos that would expire and be “gone forever” after a set time. Within years, nearly every social platform would mimic its addictive & advertiser-friendly formula.

SpaceX – born from moon shots has ended up bending multiple industries’ trajectories. It became the first private company to successfully launch, orbit, & recover a spacecraft, in 2010. Now it’s valued at more than $33 billion and is a partner of NASA.

Tesla became the best-selling plug-in passenger car manufacturer in 2018, (80% of Market) and has pushed other car manufacturers to fast-track more electric & auto-pilot-ready vehicles. Yet Tesla has never had a profitable year. It earned most of its 2019 headlines for debuting a prototype of a triangular pickup Truck–and essentially crowd-funding its development through pre-orders. [You could CrowdFund too !!!]

At its launch, Spotify enjoyed a huge 50 million-song library that dwarfed those of its competitors at the time.

TeeSpring (2011) find Products – made just for you

TeeSpring is a eCommerce platform that enables anyone to create & sell products that people love – with no cost or risk. It powers AI aspects of bringing merchandise to life from production & manufacturing to supply chain, logistics, & customer service. By unlocking eCommerce for everyone, it is creating new opportunities for entrepreneurs, influencers, community organizers, or anyone who rallies communities around specific causes or passions.

Originally an experiment, Twitter’s influence has extended to socio-political movements – fueling actual revolutions. Many of its well-documented effects have been nothing short of calamitous–from spreading racist memes to allowing direct harassment of individuals. Still, the company’s role in #metoo, climate walk-outs, & a million other mini-movements, illuminate its deep, enduring cultural influence.

Order a Ride-Share on your phone to your exact location and pay automatically thru your Credit Card. We can’t imagine our short hops any other way.

YouTube has changed the way we use media – from posting viral videos to slickly produced original clips by ‘YouTubers.” There’s no longer an excuse to not be a Film maker if you’ve ever dreamed of being one YouTube’s monthly subscription service that removes ads and allows me to play videos in the background + listen to YouTube audio in the background. The number of its users has grown to well over 1 billion and is showing no signs of slowing down.

Zapier lets you create integrations between the business Web apps you use every day without writing a single line of code. Bye, bye duplicate data entry. It enables users to connect the Web apps they use to move data between them & use Event-based automation to avoid repetitive tasks. Users can explore a list of over 400 Apps in the library and find the ones they use the most.

Comments: Do you know any other Apps or Startups that really impressed you?