27 of the most interesting Tech Startups of 50 most Valuable: 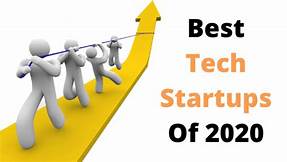 Business Insider compiled a list of 50+ of the most valuable Technology startups in the US using data from technology market databases PitchBook & CB Insights and found that they’re collectively worth about $216 billion. They’ve defined “enterprise technology” fairly broadly for the purposes of this list: We focused on startups valued at more than $1 billion that are largely selling their technology to other companies in areas including — but not limited to — cloud computing, software, and developer tools.

PitchBook provided a list of its top 30 venture-backed Enterprise Technologies companies in the US, but Business Insider’s definition means that some companies on  the list [ie, SpaceX ($36B), Waymo ($31B), & DoorDash ($16B)] didn’t make it onto this ranking. We also searched CB Insights’ database of private companies valued at $1 billion or more and searched for companies that matched our definition.

27 of 50+ of the most valuable “ & “interesting” enterprise technology“ Startups, according to Peter/CXO Wiz4.biz

Afiniti builds an Artificial Intelligence [AI] & Analytics platform that it says is used by companies in industries including tele-communications, financial services, & health care. Valued at $1.8B. Wash DC

Airtable builds tools to make it easier for people to build SW applications without knowing how to code. CEO said: “In March, the company has quadrupled its revenue”. PitchBook estimates the company is worth as much as $4B. San Francisco

Softbank-banked CybeReason sells software to “secure” a company’s network and the devices connected to it,( phones, laptops, & desktops) $1.5B valuation. Boston

Figma (of your Imagination) is a Project Management tool for digital product designers. San Francisco

Freshworks builds Customer Relationship Management (CRM) SW. No layoffs during the pandemic, though it has paused hiring. San Mateo, CA

Outreach is a Sales Automation startup that helps salespeople engage with customers more effectively by helping them determine the best action to take with prospective customers. Seattle

Qumulo is a hybrid Cloud Storage startup that helps customers manage data inside their own data centers & the cloud. Qumulo more than doubled its valuation in a recent funding round. Seattle

Samsara builds Sensors & Cloud SW for Internet of Things [IoT] connected devices & applications. One of the most valuable in the enterprise technology market. San Francisco

TripActions helps customers plan and pay for business Trips without having to go through the arduous approval & reimbursement process that most companies use. Palo Alto, CA

“You need 3 things to create a successful startup: to start with good people, make something customers actually want, & to spend as little $$$ as possible.”

“You need passion and purpose to thrive.”

“Every prosperous business was first a courageous decision to begin, then determination to continue.”

“If an unexecuted idea still lingering on in your mind, the idea must be worth taking the risk.”

“No business can be created without determination and perseverance.”

“Most startups eventually pivot to adjust to what the market is telling them.”

“Ideas are meaningless without masterful execution !!!

Comments: Do you know of any other Tech Startups that really stand out?