The 3Ss of Winning in business are Speed, Simplicity, & Self-confidence.

“Genuine leadership comes from the value of your Vision and your ability to inspire others to extraordinary performance”.

“An organization’s ability to learn, and translate that learning into action rapidly, is the ultimate competitive advantage.

“Bring out the three keys of competition – cost, quality, & service – then drive them to new levels – making every person in the organization see them for what they are, a matter of survival & success.

“Leaders relentlessly strive to improve their team, using every encounter as an opportunity to evaluate, coach, mentott& build self-confidence.

As CEO of GE, Jacks management skills became legendary. Managers were given free reign as long as they followed the Core Value of continuous improvement. He ran GE like a small dynamic business – able to change as opportunities arose or when a business became unprofitable. 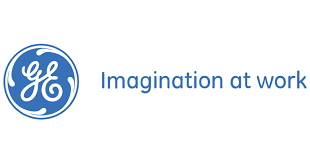 acquiring new businesses, & ensuring that each business under the GE umbrella was one of the best in its field the company was able to expand dramatically from 1981 to 2001. In 1980, the year before Jack became CEO, GE recorded revenues of roughly $27B; in 2000, the year before he left, they were nearly $130B (almost 5x). The company went from a market value of $14B to one of more than $410B (30x) at the time of his retirement, making it the “most valuable & largest company in the world” – up from America’s 10th largest by market cap in 1981.

Manager of the Century, by Fortune zine 1999 & the Financial Times recently named him one of the three most admired business leaders in the world ever.

Author of Winning, a #1 Wall Street Journal international bestseller. In 2001, he wrote this book and also an international best-selling auto-biography, Jack: “Straight from the Gut“. From 2005 to 2009, Jack & his wife Suzy wrote a weekly column, The Welch Way, for Business Week magazine, which was also published by the NY Times – with more than 8 million readers.

Jack Welch Management Institute was launched in 2009. It is an online MBA program aimed at giving students globally and at every career level the tools to transform their lives and the organizations of the future.

What is Leadership? It’s all about growing your Team & others. As a leader, you’re expected to use your insight, experience, & rigor to balance the conflicting demands of short-& long-term goals. These are the Leadership Rules from Jack’s 2009 book Winning, which he wrote with wife Suzy.

The team with the best players wins. “People development,” Jack writes, “should be a daily event, integrated into every aspect of your regular work.” As a leader, it’s important to recognize & acknowledge the good work of your Team – in order to continue to encourage peak performance, while instilling confidence.

2. LEADERS make sure people not only see the company’s Vision, but they also live & breathe it.

Good leaders create the Vision of the future and motivate people to buy into it. They constantly talk about their Vision and reinforce it with rewards – which may be in the form of a salary, bonus, or significant recognition of some sort.

Effective leaders  encourage their Teams with a high level of optimism that keeps members motivated. Jack says they do not allow a bad economy or brutal competition to put them down to the extent that their team catches the bug. Nothing brings down the morale of a team more than an unenthusiastic or disengaged leader. Your job is to be part Coach, Mentor & Cheerleader.

Welch doesn’t like a situation where leaders with hold info that could benefit their Team – in the performance of their duties. This reduces trust and trust happens when leaders are transparent, candid, & keep their word. Leaders establish trust by giving credit where it is due. If you want your Team to be transparent with you, you need to lead by example.

5. LEADERS have the “courage” to trust their intuition & make unpopular Decisions.

Tough calls may produce complaints & resistance. Your job is to listen, then try to explain yourself clearly but move forward. Do not dwell or try to justify. Decision making is ultimately what you’ll be judged on as a Leader, so your choices could determine the overall success of the organization. With transparency, trust & a clear vision, you’ll find that your Team will stand behind your decisions – agree or dis-agree.

6. LEADERS probe & push with a “curiosity” that borders on skepticism, making sure their questions are answered with action.

To get bigger & better solutions, Jack says leaders probe proposals & presentations by asking questions & stirring up a healthy debate. You have to be incredibly comfortable looking like the dumbest person in the room. Every conversation you have about a decision, proposal, or a piece of market info has to be filled with you saying: What if? Why not? & How come? Challenging your employees is an art, not a science. Each individual requires a unique approach. It’s your job as a leader to get their best – without diminishing their productivity.

Winning companies support risk-taking & learning.” Leaders set the example and encourage their Team to research & experiment – without being afraid of making mistakes. Experimentation can be is a major key to growth – by discovering new product & application opportunities.

Noting that leaders don’t celebrate enough, Jack advocates that leaders make a big deal out of “small wins”, because celebrating makes people feel like winners and creates an atmosphere of teamwork & motivation. Don’t be afraid in celebrating immediately and come up with some kind of Rewards – minimum – recognition, time off, victory meal, special trade shows, travel, tickets to special events, etc (find out what they’d like, then give it to them)

“There’s no such thing as work-life balance. There are work-life choices, and you make them, and they have consequences.

“The most important quality of leadership is intellectual honesty. The reality principle – the ability to see the world as it really is, not as you wish it were.

“No company, small or large, can win over the long run without motivated employees who believe in the mission and understand how to achieve it.

“Business is a game, and as with all games, the team that puts the best people on the field and gets them playing together wins. It’s that simple.

“Strategy is simply resource allocation. When you strip away all the noise, that’s what it comes down to. Strategy means making clear cut choices about how to compete. You cannot be everything to everybody, no matter what the size of your business or how deep its pockets.

“Some people have better ideas than others; some are smarter or more experienced or more creative. But everyone should be heard and respected.

“Any time there is change, there is opportunity. So it is paramount that an organization get energized by change – rather than paralyzed.

“Good leaders are open. They go up, down, and around their organization to reach people. They don’t stick to the established channels. They’re informal. They’re straight with people. They make a habit out of being accessible. They never get bored telling their story.

“Our behavior is driven by a fundamental core belief: the desire, & ability, of an organization to continuously learn from any source, anywhere; and to rapidly convert this learning into action is its ultimate competitive advantage.

“Arrogance is a killer, and wearing ambition on one’s sleeve can have the same effect. There is a fine line between arrogance & self-confidence. Legitimate self-confidence is a winner. The true test of self-confidence is the courage to be open – to welcome change & new ideas regardless of their source. Self-confident people aren’t afraid to have their views challenged. They relish the intellectual combat that enriches ideas.

“Your challenge is not just to improve. It is to break the service paradigm in your industry or market so that customers aren’t just satisfied, they’re so amazed that they tell strangers on the street how good you are.

“The world will belong to passionate, driven leaders – Peter. People who not only have enormous amounts of energy, but who can energize those whom they lead.

“It is better to act too quickly, than it is to wait too long.

“Ambitious targets energize your Team. We have found that by reaching for what appears to be the impossible, we often actually do the impossible; and even when we don’t quite make it, we inevitably wind up doing much better than we actually expected.

“The art of leading comes down to a simple thing. Determining & facing reality about people, situations, & products, then acting decisively & quickly on that reality. Think how many times we have procrastinated, hoped it would get better. Most of the mistakes you’ve made have been through not being willing to face into it, straight in the mirror that reality you find, then taking action on it. That’s all leading is, defining & acting. Not hoping, not waiting fro the next plan. Not rethinking it. Getting on with it. Doing it. Defining & doing !!!

“My main job as a Leader was developing talent. I was a gardener providing water and other nourishment to our Team & other people. Of course, I had to pull out some weeds, too.

Comments: Do you know anything else about Jack Welch that really impressed you?