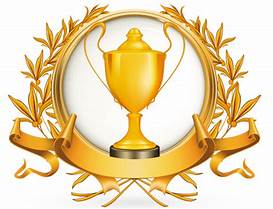 “Musk have” Quotes about Business !!!

“A company.is only as good as its people and how excited they are about creating it.”

“Starting & growing a business is as much about the innovation, drive & determination of the people – as the product they sell.”

“Persistence is very important. You should not give up unless you are forced to by a non-“viable” product.”

“You want to be extra rigorous about making the best possible thing you can. Find everything that’s wrong with it and fix it.”

“People should pursue what they are passionate about. That will make them happier than pretty much anything else.”

“Starting and growing a business is as much about the innovation, drive, & determination of the people who do it – as it is about the product they sell.”

Musk was born on 1971, in South Africa. As a child, Musk was so lost in his daydreams about Inventions that his parents and doctors ordered a test to check his hearing. At about the time of his parent’s divorce, when he was 10, Musk developed an interest in computers. He taught himself how to program, and when he was 12 he sold his first software: a game he created called Blastar.

Grade School: Musk was short, introverted & bookish. He was bullied until he was 15, then went through a growth spurt and learned how to defend himself with Karate & Wrestling.

At age 17, in 1989, Musk moved to Canada to attend Queen’s University and avoid mandatory service in the South African military. Musk obtained his Canadian citizenship that year, in part because he felt it would be easier to obtain American citizenship via that path. In 1992, Musk left Canada to study Business & Physics at the famous Wharton school at University of Pennsylvania. He graduated with an undergraduate degree in Business and stayed for a second bachelor’s degree in Physics. After leaving Penn, Musk headed to Stanford University in California to pursue a Ph.D. in Energy Physics. However, his move was timed perfectly with the Internet boom, so he dropped out of Stanford after just two days to become a part of it, launching his first company, Zip2 in 1995. Musk became a U.S. citizen in 2002.

1) He read 10 hrs/day and read the entire Encyclopedia Britannica at 9 years old.

4) He landed his first Internship during college with a cold-call.

5) Rented a 10-BR Frat house and turned it into a Night Club to pay for College.

6) He completed a double Major in College – Business & Physics from Wharton at Penn State,

12) acquired SolarCity in 2006 & turned it into the largest installer of Solar Panels in USA.

15). created Open AI in 2015 to benefit humanity by developing AI tech that can surpass the human brain.

16) in 2015 introduced the PowerWall as a solar-charged Battery Pack backup for homes.

17). founded the Boring Company in 2016. Most of his companies are interesting, but this is a boring company of tunnels for rapid transit. His 1st project was going east from LAX & latest is at the Convention Ctr of Las Vegas.

18). co-founded Neuralink 2016 for interating neuro-technology AI into the human brain.

There is something to be said about Elon Musk’s unwavering entrepreneurial drive. His steadfast determination to use technology to create objects that will make life better and the passion he uses to make it happen – have helped him become one of the most successful entrepreneurs of all time – $175B = 2nd richest person in the world.

With a long trail of achievements behind him, this leading entrepreneur shows no signs of slowing down. In fact, his ambitions might – quite literally – end up taking him to another planet altogether – as he plans – Mars.

So, if you’re an aspiring entrepreneur, take a page or two out of Musk’s book. While the road to success is never easy, a lot can be accomplished if you have enough determination & persistence.

Comments: Which of these do you consider Elon Musk’s greatest success?