Inventing something amazing isn’t as simple as having a good idea and a Business Plan to bring it to market. Sometimes you also need the right family behind you to help you do it. Throughout the history of invention it has been the case that great minds have often sprung from equally great parents – and technology is filled with examples of great father-son (and daughter) teams who have changed the world. 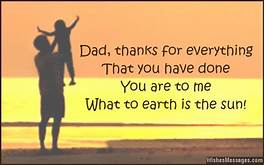 This wheat- & gluten-free food manufacturer was founded by Steven Rice in 1993. His son, Aaron, now works with him as VP of Sales & Marketing. Aaron says the biggest advantage of running a business with his father is the ease of communication that comes with knowing each other so well.

Robert Gore may have created a thin and breathable material that was also waterproof – named polytetrafluoroethylene – but it took his father Wilbert’s help to rename it Gore-Tex, patent it and sell it through the family company. Al Gore says he’s related. LoL

Thomas Edison is perhaps one of history’s most famous inventors, holding 1,093 US patents. He & his son Teddy founded General Electric to promote & sell his products. Theodore, was also a successful inventor, holding 80 patents. Tesla worked for Edison and made significant contributions, but Edison didn’t pay him as he promised.

Image caption Father & Daughter Peter Ibbetson and Gemma Guise had to bring in an independent voice to settle their differences. Together they run two businesses – Primedia Solutions (which delivers Media training to CEOs) & a Public Relations company called Journolink. Mrs Guise joined the her dad at the businesses 3 years ago, and they ultimately had to bring in an independent adjudicator to prevent them from arguing. Mr Ibbetson, says: “We have put in a Chairwoman who is the independent part of the business, and she is the arbitrator between us.”The rules are, that if you’re having a row or disagreement, you have to be allowed to take 10 to 15 minutes of time out, to prevent an escalation.” Mrs Guise says that the pressure of running the two businesses can be “immense”, and that this is what can lead to arguments. She adds: “You sacrifice everything for the business, time, holidays & your life.”My Dad & I share the best highs and the worst lows. We are best friends & worst enemies. “But the common ground of sheer success & determination will always cement the cracks in our relationship.”

Prof Henry Jones Sr. (Sean Connery) might be a bit distant from his son (Harrison Ford), but he’s never afraid to protect him & fight alongside him. Their bonding time is one of the sweetest father-son stories in film history — aside from all the Nazi murder and near-death experiences they went thru in Indiana Jones & the Last Crusade.

Sacharias Janssen is the Dutch inventor and lens maker who is often credited with the invention of the first two-lens microscope – but he only got there with the help of his father, Hans. This father-son team made the first microscope capable of 10-times magnification.

George HW Bush (Sr), had an incredible impact on his son, George W. Bush, who was President from 2001-09. He commented that he “sought advice regularly from his father during his presidency” He. describes him as the “epitome of gentility & grace, bred for power but also humbled by it.”

Before there was Bill Gates, co-founder of Microsoft, there was the senior Bill Gates. The elder Gates has lived a remarkable life as an Attorney, & Bored Member and has proven to be an excellent role model for his now-famous son. In a recent interview with GeekWire, Bill Gates Jr. discusses his Dad’s influence on his life and how he “asks his dad for advice regularly.” But more than that, his dad helped him develop his business sense, prudent nature & sense of justice. Gates Jr. comments, “My Dad is very collaborative, very judicious, and he is serious about learning things and really knowing what he is talking about. He’s good at stepping back and seeing the broad picture.” Bill notes that he owes a lot to his Dad’s positive example and influence.

Madam Curie was born in Paris. Her father, Pierre, was a French scientist who received the Nobel Prize in Physics in recognition of research in Radiation phenomena, sharing it with his wife Marie. The Nobel Prize was also awarded to Madam Curie – along with her husband Pierre Curie for the discovery of Artificial Radiation. Both the daughter and father, being Nobel Laureates, occupy a unique position in the history of science.

Successful CEO Smruti Sriram has one strict rule at work – she never addresses her Board Chairman as “daddy”, “dad”, or “father” – who is her father, Sri Ram. Together they run Supreme Creations, the UK’s largest producer of Reusable Shopping Bags made from natural fibers. For 16 years the business has been making jute, canvas & cotton bags for everyone from UK supermarkets to US sportswear giant Nike. Set up by Mr Ram, his daughter convinced him to let her join the business six years ago when she was 22. He made her work her way up from the bottom. When Ms Sriram joined the company it only made plain reusable bags, but her big idea was to introduce fashion designs. And as a result, sales rose sharply, and last year she was made CEO. Supreme Creations now manufacturers “several million” bags a year at its own factory in southern India, has 800 staff, and supplies 50,000 clients around the world.

John Stevens was an American Lawyer & Inventor who in 1806 built the first steamboat – which sailed on the open ocean and is also considered by some to be the ‘father of the American railroad’, for successfully building an experimental Steam Locomotive three years before George Stephenson perfected his invention in England. His son, Edwin, was also an inventor, who on his death founded the Stevens Institute of Technology in New Jersey.

Alexander Graham Bell was the inventor of the world’s first practical telephone, as well as the Metal Detector & the Hydrofoil boat. But it turns out experiments with voice ran in the family. Bell’s father – Alexander Melville Bell – was a Speech specialist who invented a visual alphabet in 1864 designed to help deaf people communicate more easily.

Kiichiro Toyoda was a Japanese Inventor/ entrepreneur who created the Toyota Motor Corp. He left the company in 1950 due to falling sales, but his cousin Eiji Toyoda eventually led the company to success with the launch of the Lexus brand. His son – Shoichiro Toyoda – also became president of the company between 1982 and 1992.

For some fathers, allowing their son or daughter to take the lead role in a company they founded may be a difficult pill to swallow, but Rick Platt says watching his 28-year-old son excel as CEO of a company he created has been a source of pride. Together, Rick & Jeff Platt have grown their indoor Trampoline park, Sky Zone, from one Las Vegas location to 37 locations across North America. The father-son duo speaks candidly about the challenges of running a business together and offer advice for other entrepreneurial families.

Family Dynamics mean heightened confrontation, but also greater loyalty. “There are certain liberties taken because he’s my son,” says Rick. Although he expects a non-family member would be more cautious about engaging in disputes with the company’s founder, Rick also sees a clear benefit to having his son as the face of his company — elevated loyalty. “He’s going to go the extra mile because he considers it his business, too,” says Rick.

Pressure: As a young CEO and the Founder’s son, Jeff faces additional pressure to prove himself worthy of his role. “I don’t ever want to be in my position because my dad owns the company,” he says. “I want to be in my position because I’m the right person.” Jeff and Rick Platt offer four suggestions that have helped them manage the challenges of running a father-son business:

#1. Establish a Board to manage Conflicts.

“One of the smartest things we did is put a Board in place,” says Jeff. A Board allows for an independent voice that puts the company ahead of pride when emotions between the father & son run high. “When we don’t agree on something, we can trust & rely on their outside expertise to help us make informed, sound strategic decisions,” says Jeff.

#2. Play to your Strengths.

The Platts credit their business success with knowing & respecting each other’s strengths & weakness. “My dad is a visionary type. He can see where we should be going and where we want to take things in a couple of years,” says Jeff. “But he’s not necessarily the one who’s going to be day-t0-day executing the plan.” Jeff’s enthusiasm for sports & hands-on approach make him better equipped to handle the daily operations of the company.

#3. Don’t bring your Family Relationship into the Office.

Viewing each other as business Partners instead of father & son may be uncomfortable at first, but Jeff argues removing relationship labels from the office is necessary to efficiently run a business. “We had to decide, do we want to run a ‘family business’ or do we want to run a “partnership business?” he says. Making decisions based on the best interests of the company, rather than what will make father or son happy is what has made Sky Zone successful.

#4. Spend time together outside of the Office.

While the Platts try to spend time together on off-business hours, avoiding work-related conversation is a challenge. To avoid talking shop, they play sports together. “[When you’re playing], you’re focused on the sport. Otherwise, if you’re sitting having dinner, the conversation tends to turn to the business,” says Rick.

Comments: Do you know any other Father Son/Daughter combos that have impressed you?